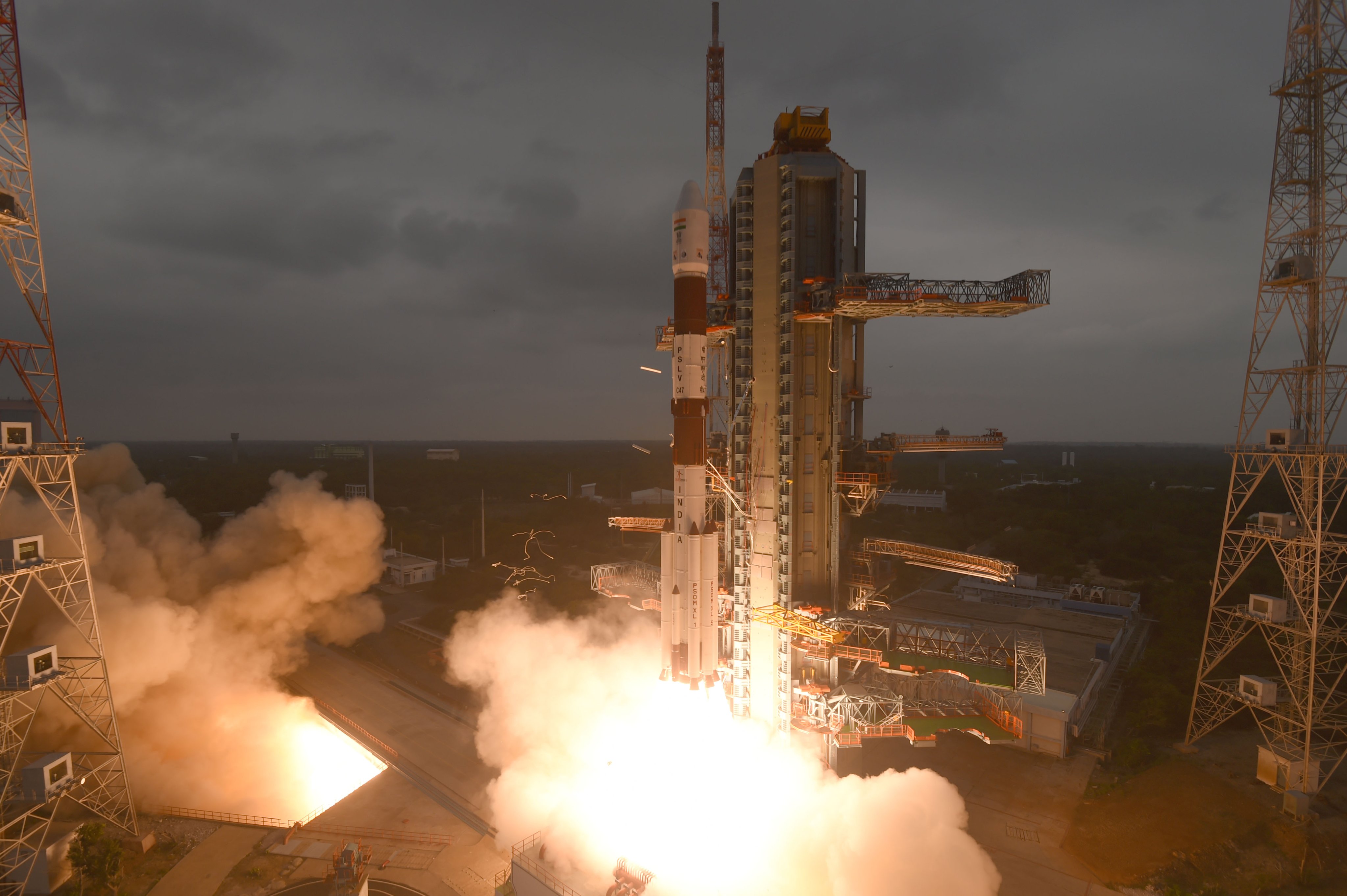 Views of #PSLVC47 lift off from Sriharikota.

Mission Accomplished. Thanks for your support. pic.twitter.com/44fEip0K8q

CARTOSAT-3, India’s most complex and advanced earth imaging satellite built so far, was placed into orbit 17 minutes and 46 seconds after lift-off. Further ISRO said that all the 13 nano satellites from the US were released into the orbit at 26 minutes and 56 seconds after liftoff. ISRO Chairman K Sivan said, “I am extremely happy to declare that PSLV-C47 precisely injected CARTOSAT-3 and 13 customer satellites successfully in the desired orbit of 509 kms. CARTOSAT-3 is India’s highest resolution civilian satellite, and the most complex and advanced earth obvservation satellite ISRO has built so far”. This is the pace agency’s the immediate mission after Chandrayaan 2, with whom contact was lost just minutes before it was scheduled to soft land on the South lunar surface.

On future missions, the ISRO chief said, “Our hands are full”, with 13 missions slated upto March 2020. “They combine some six launch vehicle missions and seven satellite missions”, he said.

Temperatures To Rise By 3.2 Degrees Globally As Per A U.N. Report