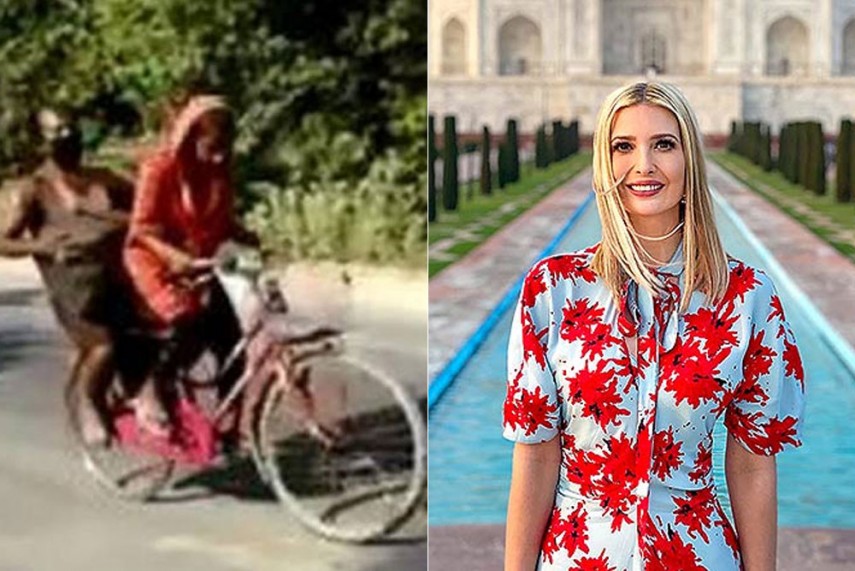 Jyoti Kumari, a 15-year-old teenager carried her father, Mohan Paswan on the back her of bicycle for 750 miles. Her trip took about a week to complete where she traveled from Gurugram near New Delhi, which is in the northern region of India, to her home in the Darbhanga district.

15 yr old Jyoti Kumari, carried her wounded father to their home village on the back of her bicycle covering +1,200 km over 7 days.

This beautiful feat of endurance & love has captured the imagination of the Indian people and the cycling federation!🇮🇳 https://t.co/uOgXkHzBPz

Ivanka Trump was slammed for tweeting a photo of the teenager and her father, writing, “15 yr old Jyoti Kumari, carried her wounded father to their home village on the back of her bicycle covering +1,200 km over 7 days. This beautiful feat of endurance & love has captured the imagination of the Indian people and the cycling federation!”

“Her poverty & desperation are being glorified as if Jyoti cycled 1,200km for the thrill of it. Government failed her, that’s hardly something to trumpet as an achievement,” Omar Abdullah, a former chief minister of Jammu and Kashmir, tweeted as a response to Trump’s tweet, according to an online portal.

Karti Chidambaram, who is an opposition member of parliament in India said, “This is not a feat of excellence. It’s a feat fuelled by desperation caused due to the callous attitude of the government.”

During their journey, the father-daughter survived off biscuits and food that different communities provided them with throughout their several stops along the way. Kumari stepped in to help her dad because he was unable to transport himself back home safely as a result of an accident he suffered several months back. Paswan, who is a rickshaw driver, was forced to return the auto vehicle back to its owner, therefore leaving his family without any other transportation outside of a bike. When he was unable to get back, Kumari was left with no choice other than to use her only way of transportation in efforts to keep her family safe.

More than four out of five people in the global labor force of 3.3 billion have been hit by full or partial workplace closures, according to the International Labor Organization, which says 1.6 billion workers in the informal economy “stand in immediate danger of having their livelihoods destroyed.”