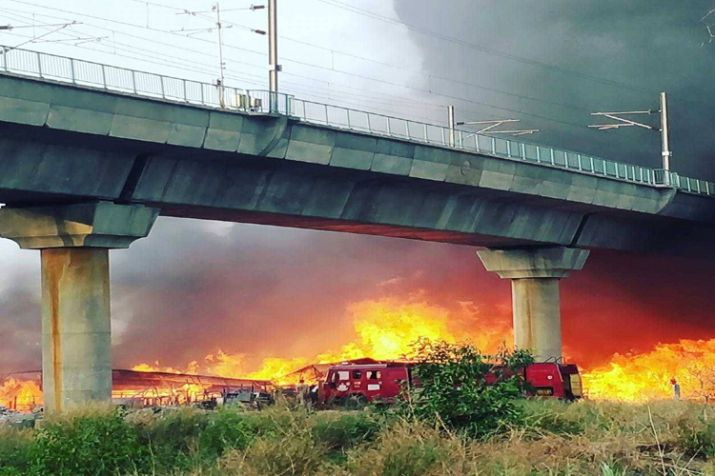 Just a month after Delhi Metro’s Yellow Line came to a standstill, affecting the daily commute of citizens, another big incident hampered the commuting services on June 21. A major fire broke out near Delhi’s Kalindi Kunj metro station, leading to the suspension of metro services on the Magenta line. While the reason behind the huge fire is not known yet, it started spreading out from a furniture market in that area. 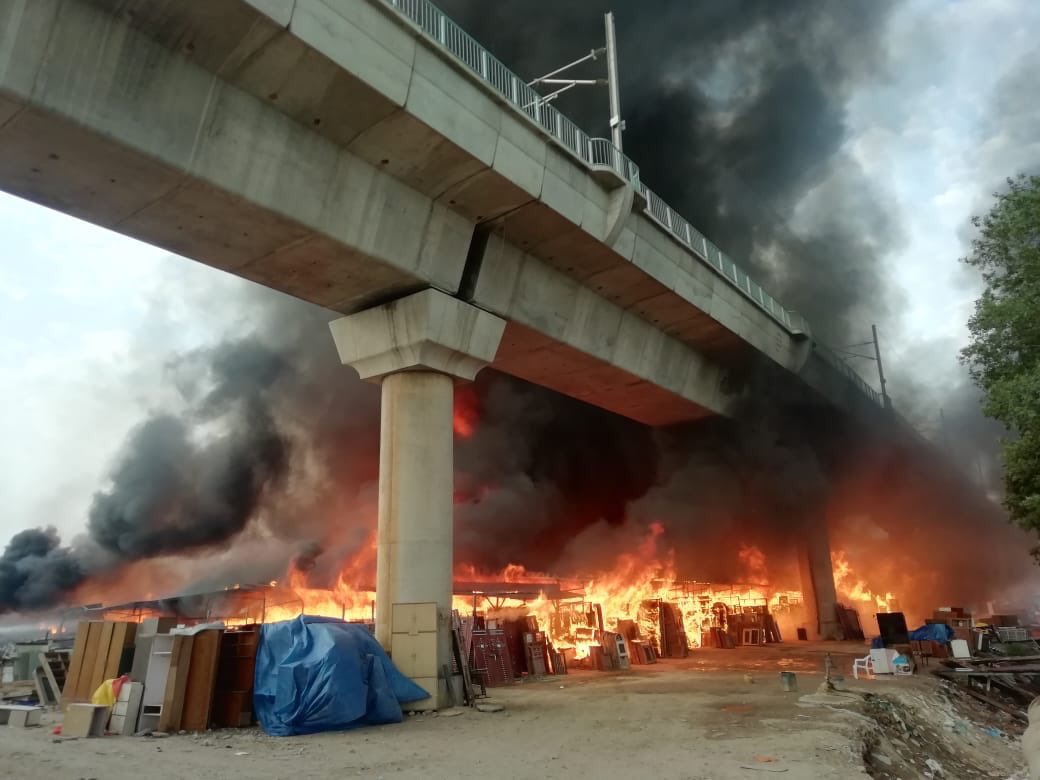 The incident disrupted services on the Magenta Line metro station for several hours and even created massive traffic congestion. In a statement issued by Delhi Metro Rail Corporation (DMRC), passengers were advised to take the Blue Line to reach Noida rather than the Magenta Line as smoke halted services for several hours between Jasola Vihar and Kalindi Kunj. Short loops are being run between a stations, but even then people are having a hard time reaching their destinations.

Train movement has been stopped temporarily between Jasola Vihar Shaheen Bagh and Kalindi Kunj due to smoke and fire from a fire underneath the section. We regret the inconvenience.

Train services have resumed between Botanical Garden and Jasola Vihar Shaheen Bagh. Thank you for your patience.

It took seventeen fire tenders to control the flames, which is yet to be fully doused. Fortunately, no injuries have been reported yet. On the other hand, passengers faced disruption in the Yellow Line for unknown reasons. While the fire has nothing to do with this commute line, maybe a technical glitch caused the metro delay. However, DMRC tweeted that usual services have resumed in the line.

Normal services have resumed in the yellow line. We thank you for your patience.