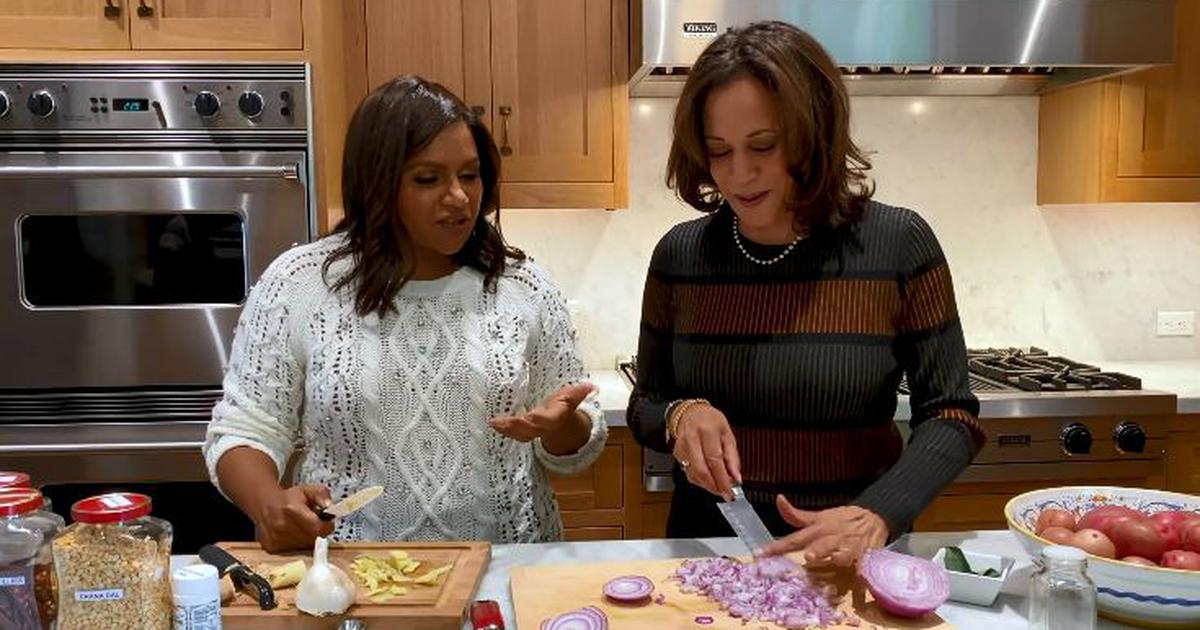 Mindy Kaling And Kamala Harris Whip Up This Indian Dish Together

Two powerful desi ladies are literally cooking up a storm in the U.S.

Indian-origin US Senator Kamala Harris recently showed the internet her cooking skills as she shared kitchen with actress Mindy Kaling. In a new video posted by Kamala Harris, both the ladies with South Indian roots were seen making masala dosa. Harris, one of the contenders for the Democratic nomination for the US presidential elections to be held in 2020, visited the Kaling’s house in Los Angeles, California, to have some desi food.

Who else keeps their spices in Taster’s Choice jars? ⁰⁰Turns out @MindyKaling and I have more in common than we initially thought.

In the video, Harris can be seen helping Kaling prep as the two chat about their childhood and Indian dishes they used to eat growing up. They even mistakenly refer to South Indian food as being “purely vegetarian” with Harris sharing an anecdote about how her family would only eat vegetarian food but her grandfather would cheekily suggest they eat French toast when her grandmother was away.  They also bond over tales about their mothers and reminisce how they would ensure the family had home-cooked meals despite working long hours.

Towards the end of the video, Mindy Kaling’s father Avu Chokalingam and talks to him about storing food in Taster’s Choice bottles and how it’s a common thing in both the households and that they are good because it’s recyclable.