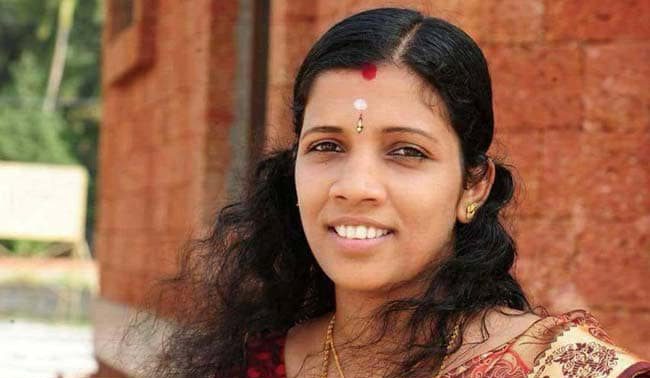 In appreciation of the commendable efforts and service of Lini Puthussery, the Kerala nurse who died treating a Nipah virus patient, President Ram Nath Kovind conferred her with the National Florence Nightingale Award posthumously. The President handed over the award to Lini Puthussery’s husband Sajeesh Puthur during the award event held in Delhi.

President Kovind presents National Florence Nightingale Awards 2019 in New Delhi; says the country is grateful to the nursing community for their dedication and selfless services to fellow citizens. https://t.co/oOwEZBK4Hy pic.twitter.com/mLTkHXWzC8

Speaking at the event, President Ram Nath Kovind stated that “nurses play a vital role in delivering quality and cost effective health care, addressing multiple health challenges and responding to health needs of individuals, families and communities”. He also stated that, “Our nurses serving in community health centres and hospitals, have played an important role in successful implementation of national health programmes like eradication of polio, malaria and HIV/AIDS”.

Sister Lini was a nurse at EMS Memorial Cooperative hospital in Kozhikode’s Perambra, where she looked after Mohammed Sadik, the first person believed to have been affected with the deadly Nipah virus in 2018. Soon after he succumbed to the disease, Sister Lini who looked after him in the hospital too fell ill and passed away.

The Florence Nightingale Award is presented as a mark of recognition for meritorious services by nurses in the country, with the first award first instituted in 2013. The award was also conferred to 35 nurses, including Auxiliary Nurse Midwives and Lady Health Visitors, hailing from various states and union territories.