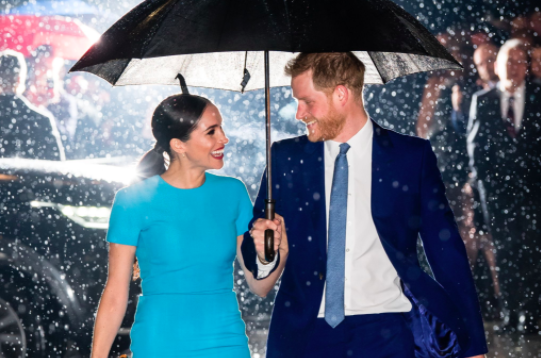 Reports have suggested that amidst the Coronavirus pandemic, Prince Harry and wife, Meghan Markle have expedited their move to Los Angeles. Meghan Markle, a former Hollywood actor, has already done a Disney project voiceover, and are keen on more projects keeping in mind the move.

As per Vanity Fair, the couple are reportedly locked down in a secluded compound, in proximity to their new team of Hollywood agents, PR and business managers, and “big support network”.

However, as the news of the relocation surfaced, President of United States, Donald Trump, tweeted that U.S.A will not be paying for their security protection, the couple would have to bear that cost.

I am a great friend and admirer of the Queen & the United Kingdom. It was reported that Harry and Meghan, who left the Kingdom, would reside permanently in Canada. Now they have left Canada for the U.S. however, the U.S. will not pay for their security protection. They must pay!

Steve Carell & John Krasinski Reunite To Give You Some COVID 19 Respite!