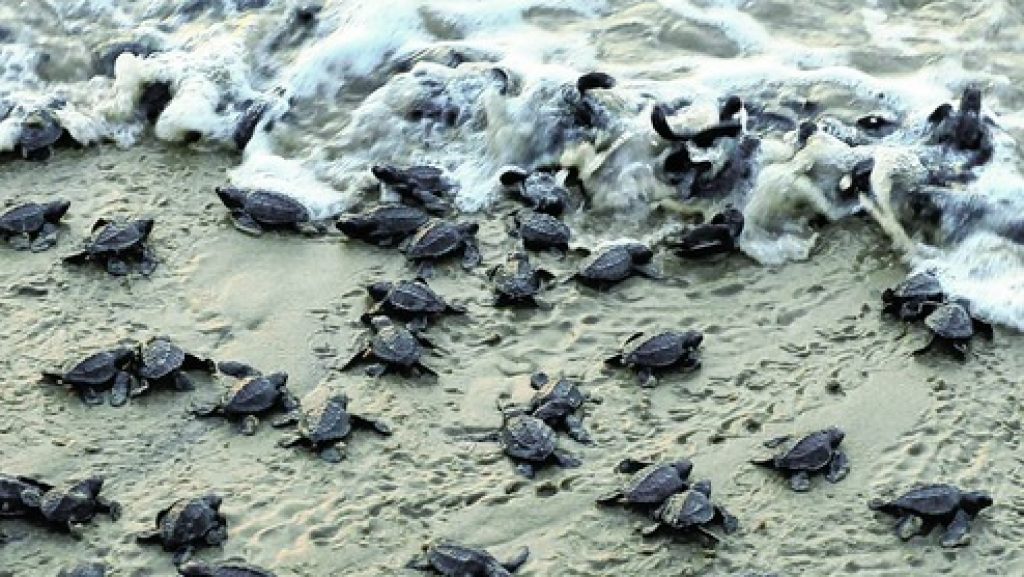 Turtles are safe from intrusion as tourists and locals stay away from the coast due to the COVID-19 lockdown, while they are continuing mass nesting at Odisha’s Rushikulya rookery, reports assert.

According to the Forest Department’s enumeration, over 2,78,502 mother turtles have nested at this coast till Wednesday morning. Since Tuesday evening, over 72,142 Olive Ridleys have arrived at the beach to dig nests and lay eggs.

The mass nesting, known by the Spanish term arribada, started at Rushikulya on March 20, 2020, Amlan Nayak, the divisional forest officer of Berhampur, said. The turtles came ashore in groups of 5,000-10,000 each.

The animals had skipped Rushikulya last year, something that had baffled turtle researchers. Their absence was previously noted in 2002, 2007 and 2016 too. Around 300,000 turtles laid eggs in another rookery at Gahiramatha marine sanctuary in Kendrapara district recently.

Many turtles had laid eggs in pits dug by others, in the process, destroying thousands of eggs, said Nayak. Since the beach was littered with thousands of nesting turtles, many females had returned to the sea and would emerge after few days for laying eggs, he added.

The eggs normally take 45 days to hatch. Tiny hatchlings come out and make their way to the sea upon hatching.

Tourists have been barred from visiting Rushikulya due to the countrywide lockdown in place since March 24. But turtle researchers and environmentalists have been allowed to visit the nesting sites, Nayak said.

To ensure the turtles’ survival, 40-year-old Sahu and his team members of RSTPC collect the eggs and bury them in many fenced hatcheries, where they incubate safely for about two months.

A turtle can lay on average 80 to 100 eggs each time. Every nesting season, Sahu drives away crows and jackals as they try to attack the turtles.

“Turtle eggs were sold in neighbouring villages for a mere ten paise per kg three decades back,” 67-year-old Saroj Sahu of Puranabandha village, said. But now, the villagers conserve the turtles with help from forest officials.