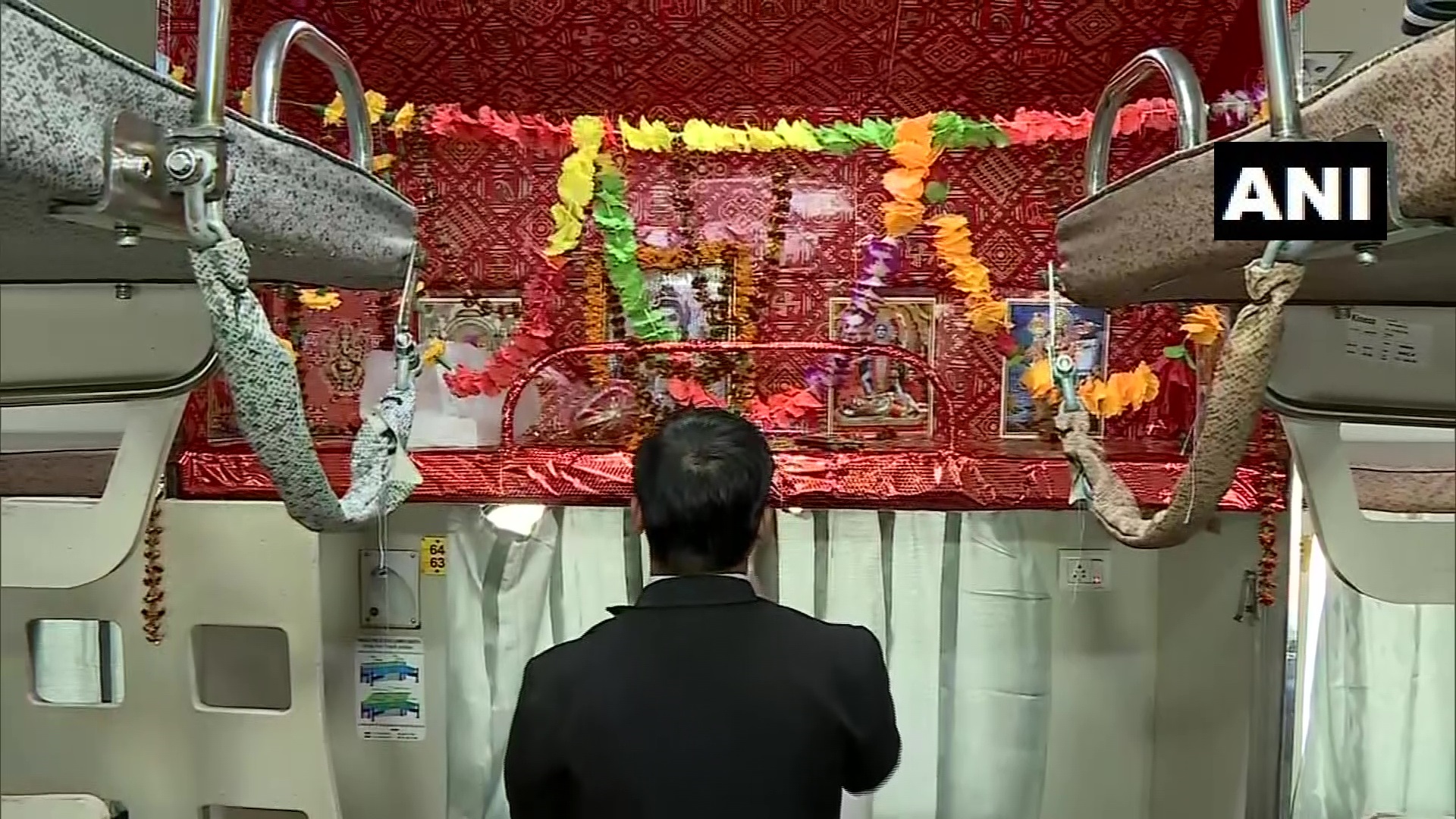 After the success of Tejas Express trains from New Delhi to Lucknow and Mumbai to Ahmedabad, the IRCTC has launched it’s another service- Kashi Mahakal Express that will run between Varanasi and Indore. It was launched on February 16 and was flagged off by Prime Minister Narendra Modi. The train also has an idol of Lord Shiva! Yes, you read it right.

Meaning, the pilgrimage starts as soon as you enter the premises of the train. Seat number 64 in the B5 coach has been reserved for Lord Shiva and makes it a perfect place for all the Bhole Baba Bhakts! The train will give you the vibe of a temple as it is believed that along with the framed idols of Shiva there are flowers for decorative purposes, and also incense sticks. Light devotional songs, vegetarian meals, security guards will be a few features of the new 3-AC service that will run thrice a week. The Kashi Mahakal Express will connect three Jyotirlinga shrines Omkareshwar, Mahakaleshwar, and Kashi Vishwanath.

However, IRCTC has denied that no seats are reserved for Lord Shiva. The staff had temporarily put photos of Lord Shiva on the upper berth to seek blessings for the success of the new projects and confirmed it to be a one-time affair.