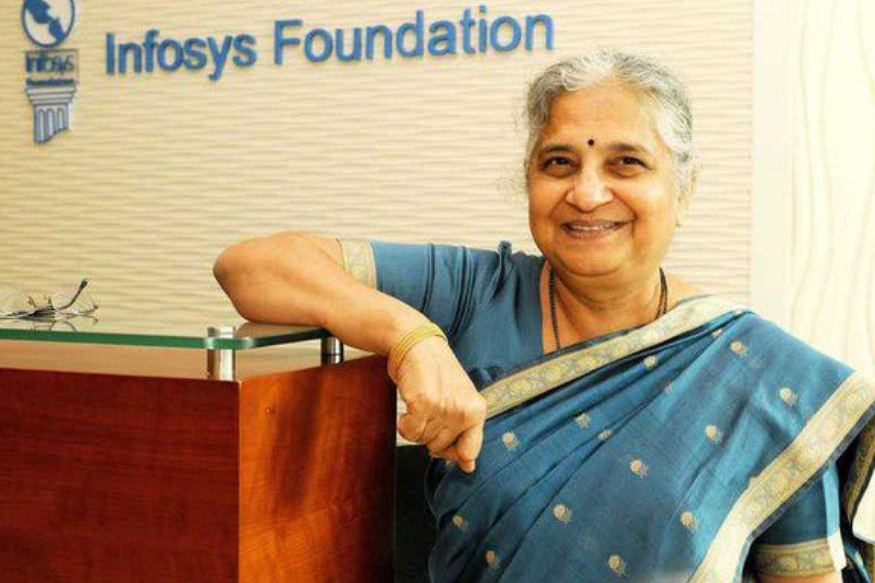 In an era where superficial elements dictate if you are a modern woman or not,  there’s one who is entirely unassuming and extremely simple! She has been impressing the world with her extraordinary contribution in field the of education, storytelling and philanthropy. Yes, we are talking about Sudha Murthy- a wearer of many hats. She’s a well-known philanthropist, author, engineer, homemaker who is determined to inspire many around her. And Sudha Murthy has done it once again! 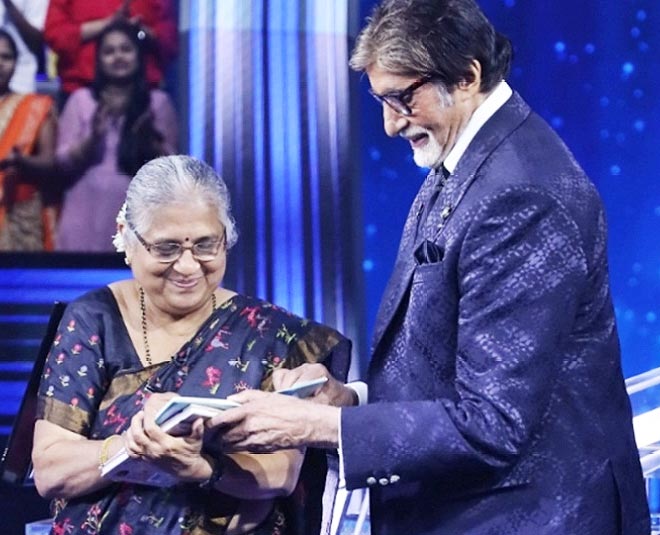 The teaser of final episode of a popular quiz show, with Amitabh Bachchan as the host, has been dropped and we see none other than Sudha Murthy in the hot seat. In the video clip, we see Amitabh Bachchan welcoming Mrs. Murthy and praising her for the great work she has done to lift the underprivileged. Further, Murthy sheds light on being the only girl in the class of 600 students; she says how she had to agree to three conditions to get enrolled. The principal asked her to “always wear a saree, not visit the canteen, and not to talk to the men in college.”

Funnily, she shared that she had no issues with the saree requirement and the canteen food was anyway bad. She added that when it came to the boys, she didn’t talk to them for a year, but then in the second year, when boys from her class learnt she stood first, they started talking to her instead. This made the audience break into applause. She also told Amitabh Bachchan that the main difficulty she faced was with the toilets as there was none during her course which made her realise the importance of one while studying. Hence, when she became the Chairman of Infosys Foundation, she got 16,000 toilets made.

Is Prince Charles Preparing To Take Over The Crown In 2021? We Have The Details!