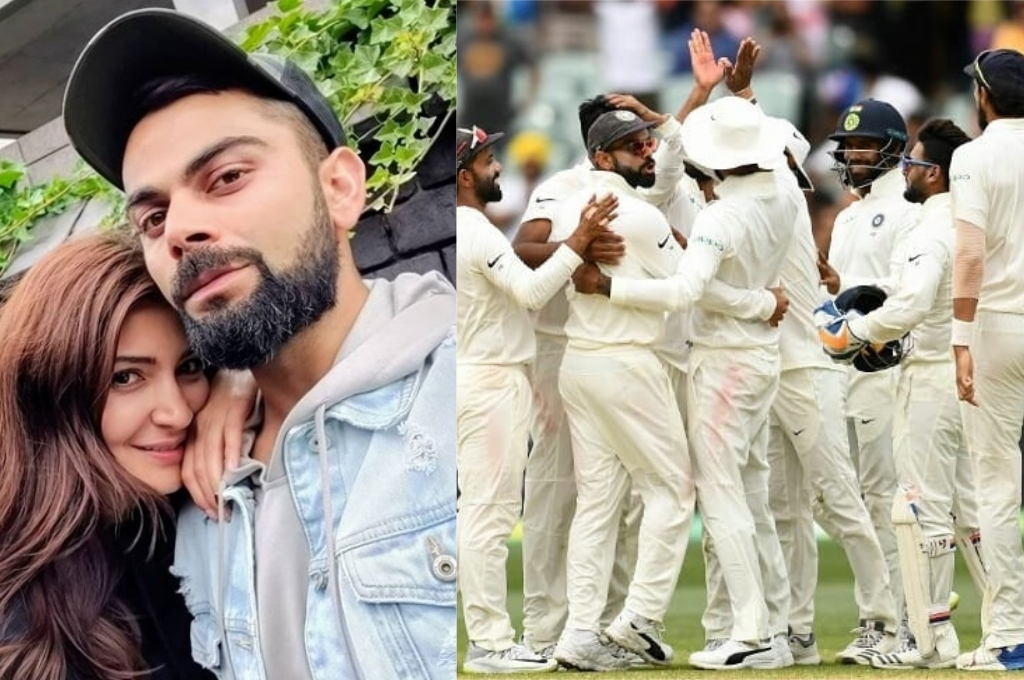 Virat & Anushka Give Their Business Class Seats To Indian Pacers, Get Praised For Gesture

Ahead of the second India vs Australia test match that is scheduled for December 14, the captain of the Indian cricket team – Virat Kohli, and his wife, Anushka Sharma – gave up their business class seats to let the Indian pacers have more legroom and comfort. The gesture was noticed by former England captain – Michael Vaughan, and this is what he had to say.

Witnessed @imVkohli & his wife give up their Business class seats to allow the Quicks more comfort & space on the trip from Adelaide – Perth !! Danger Australia .. Not only are the quicks more relaxed .. The Skipper is managing his troops with great human touches #AUSvIND

In addition to mentioning what he witnessed Kohli and his wife doing for the Indian team, he added a warning to the Australian team, saying the Indian pacers are now more relaxed, and that the ‘skipper is managing his troops with great human touches’.