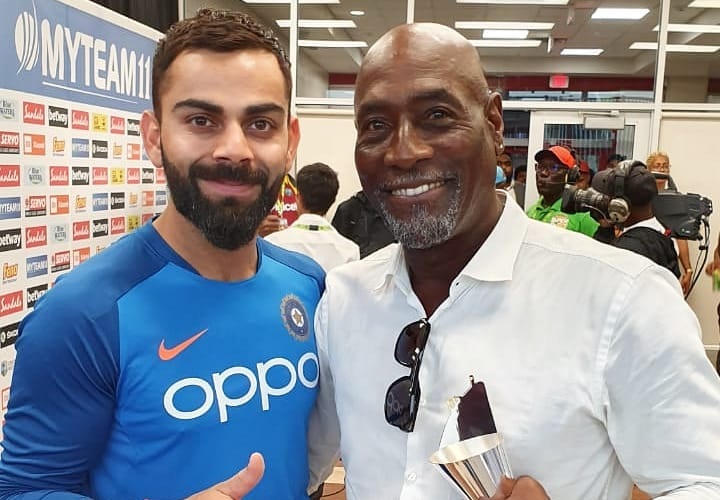 Virat Kohli is making most of his stay at the Carribbean as met the legendary Sir Vivian Richards ahead of the final T20I against the West Indies. While countrymen can’t help fanboying over Kohli, this time it was the Indian skipper who was in the same side of the fence as us. Kohli was all smiling as he shared a fanboy moment with Viv Richards and even took the opportunity to share a picture in his social media accounts. The Indian batsman couldn’t help gushing over the West Indies great as he referred to him as the ‘Biggest Boss’.

With the biggest BOSS! 🙌

Vivian Richards is regarded as one of the best players to have ever played the sport of cricket; he was the vital cog in the Windies’ invincible lineup during the ‘80s. On the other hand, Kohli is considered as a modern-day great as many see him to claim the level of greatness that Tendulkar mastered. Earlier, Richards called the Indian skipper‘s game aggressive and similar to what the legend himself used to play. The legend joked about Viv and Vir “playing in the same team”. 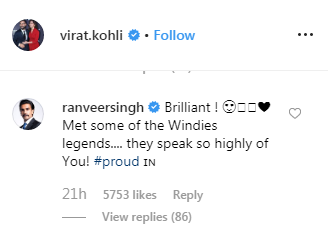 The picture is a treat for cricket fans worldwide. Even Ranveer Singh commented on Kohli’s post saying, “Met some of the Windies legends.…they speak so highly of You!”. On the sports front, The Indian team has already taken a 2-0 unassailable lead in the ongoing three-match T20I series against West Indies.

Astronauts To Feast On Emirati Cuisine In Space