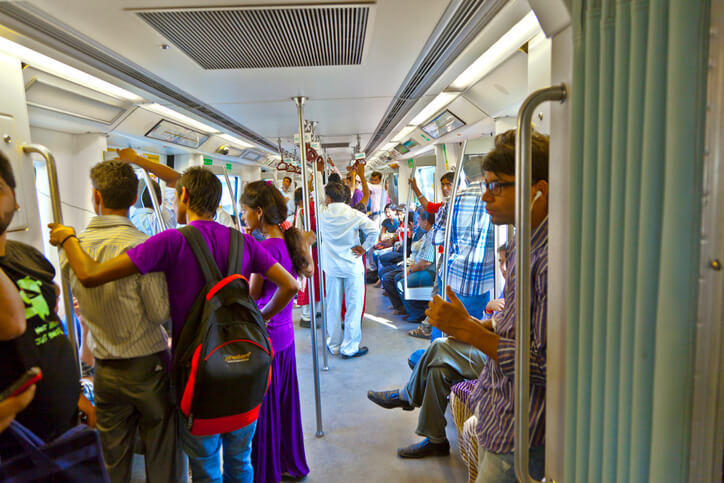 Don’t we all love grand theme parties? If you have an occasion to celebrate anytime soon, know that you can now book an entire metro!

People can now book the Noida-Greater Noida Metro coaches for birthday parties, pre-wedding and other similar celebrations, the Noida Metro Rail Corporation (NMRC) has announced. The NMRC, which manages the rapid transport service between the twin cities in Gautum Buddh Nagar district, made the announcement as part of its “non-farebox” initiative, reports a news daily.

Make sure you start planning ahead because you would need to send out an application 15 days in advance, to book either 1 or a maximum of 4 coaches.

“After the Hiring of Premise Policy for Film Shooting And Photography on NMRC premises, the NMRC has also formulated one more attractive policy for birthday party, pre-wedding celebrations and other similar celebrations on wheels which means that now Noida Metro in addition to mode of travel, will also become an accessible, attractive and affordable destination for entertainment and celebrations that too at a very reasonable cost,” the rail service said in a statement.

“Once the booking is confirmed by the NMRC, the applicant would have to submit a license fee which will vary from Rs 5,000 to Rs 10,000 per hour per metro coach excluding taxes depending on the category chosen like decorated or undecorated coach in a running metro or a static metro etc as per the terms and conditions prescribed under the policy,” the statement further added.