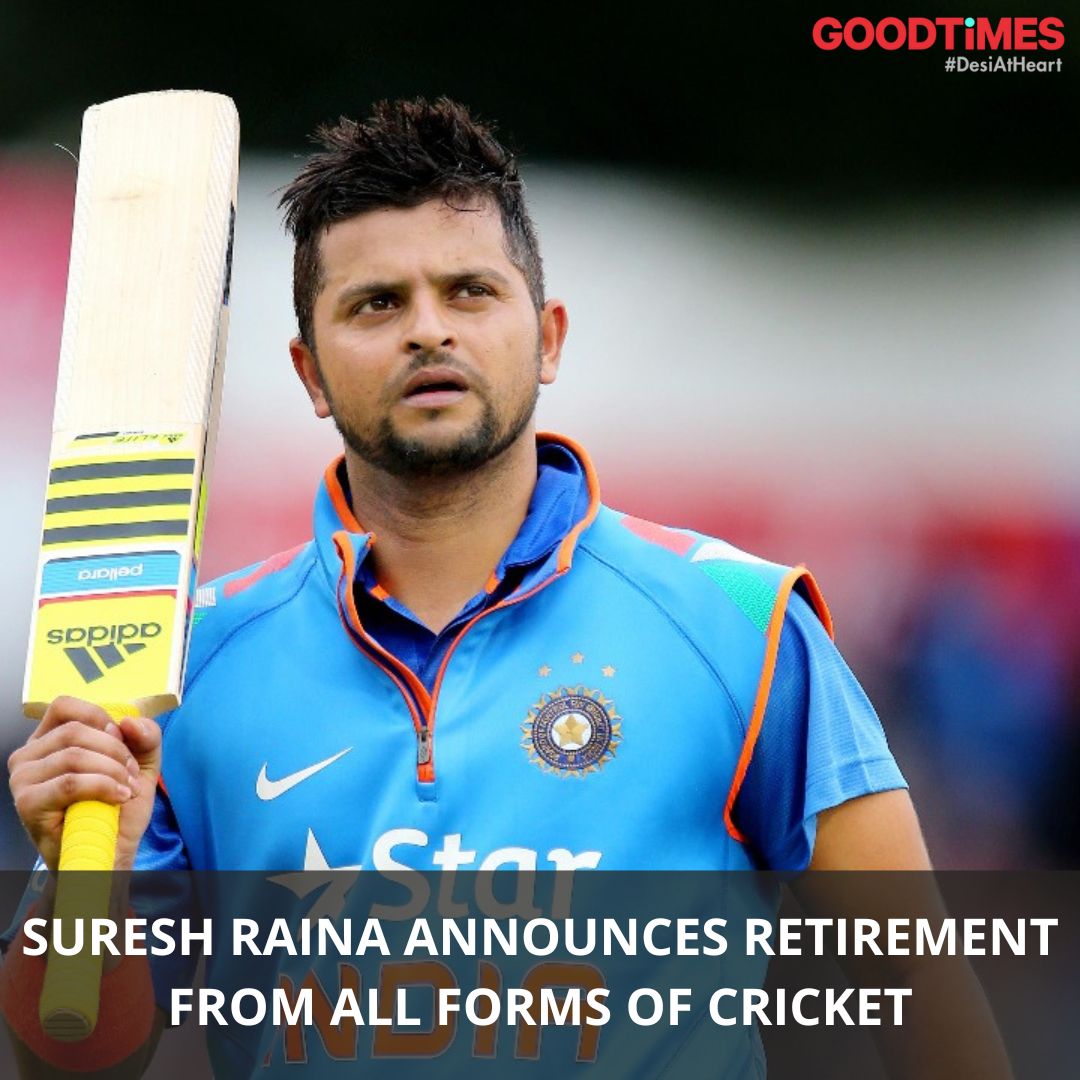 On 6 September Suresh Raina announced his retirement from all forms of Cricket.
Announcing on Twitter, he wrote, “It has been an absolute honour to represent my country & state UP. I would like to announce my retirement from all formats of Cricket. I would like to thank BCCI, UPCA Cricket, Chennai IPL, Shukla Rajiv sir & all my fans for their support and unwavering faith in my abilities.” Suresh Raina has played 18 Tests, 226 ODIs and 78 T20Is in his 13 year career span. He also had the honour of captaining the team briefly. The player has scored 5615 runs from 226 ODIs and 1605 from 78 T20Is for India in past 13 years. He is also the first Indian to slam hundreds in all three formats of the game and his centuries were scored outside India.