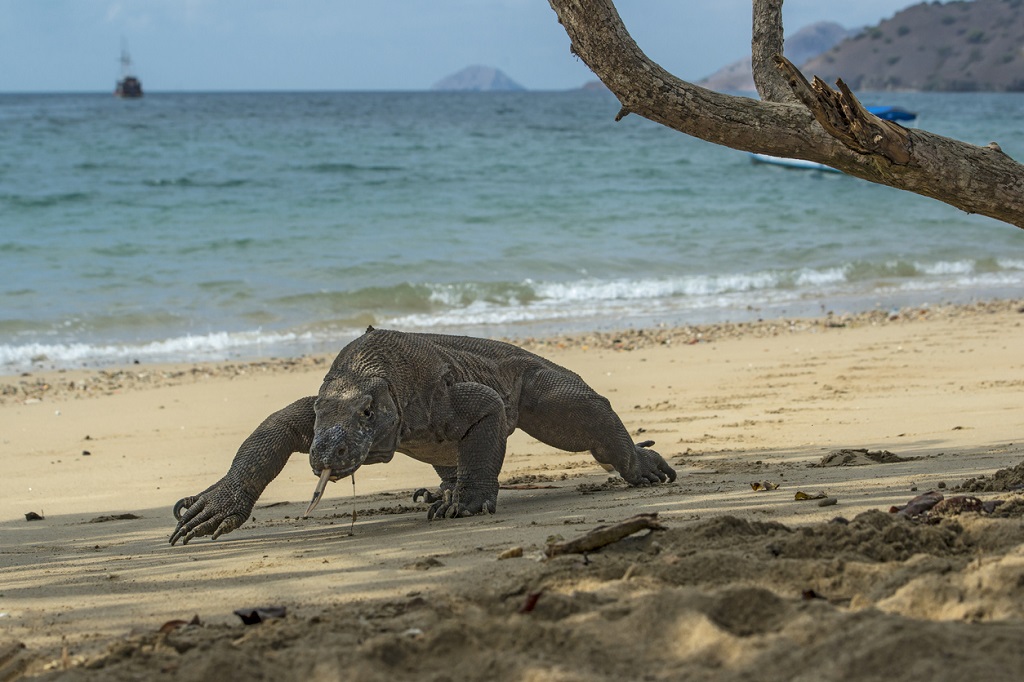 An Indonesian Island Will Be Entirely Ruled By Dragons From 2020

We have all heard of islands inhabited by different tribes who allow no tourists to set foot in their home. However, have you ever imagined an island inhabited by only dragons and nothing else? Well, that’s going to happen real soon in Indonesia.

Indonesian authorities are closing its island of Komodo to the public next year in a bid to conserve rare Komodo dragons- the world’s largest living species of lizard. One of the county’s most famous tourist destinations, Komodo Island is visited by more than a million tourists. The island is a part of the Komodo National Park which is surrounded by beautiful beaches and scenery; however tourists flock mainly to see the giant dragons, which are found only in wild in eastern Indonesia. However, there is push back from the locals as well as those who make a living out of tourism as increasing number of travellers are directly impacting the biodiversity of the dragons.

However, before you are all cynical about never ever seeing a Komodo dragon; we would like to say that it’s just Komodo Island which is shut for tourists as it inhabits around 1700 of the species. The islands of Rinca and Padar will still stay open to public, so that they can enjoy the sight of the exotic Komodo dragon. Indonesian authorities has taken this initiative to save the dragons from extinction and cut the risk of poaching to allow a recovery in the numbers of the animals’ preferred prey.

So Long, Angels: Is The Annual Victoria’s Secret Show Being Cancelled?

Travel More! Here’s How Travelling Makes You A Happier Person

6 Ways In Which You Can Work To Save The Wildlife