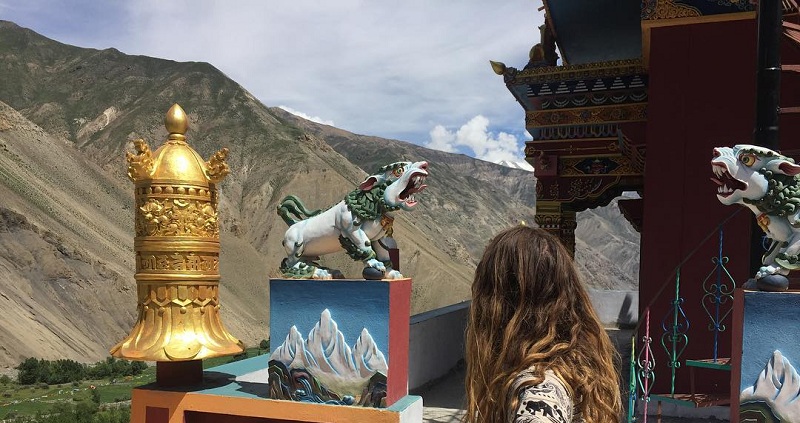 The Ultimate Guide To Exploring The Amazing Himalayas In 7 Days

Trekking through Himachal Pradesh is one of my favourite things to do and for those living in Delhi it’s a cheeky little escape which doesn’t take very long to get to. This is perfect for a boy’s trip or romantic couples get away. In this article, we’ll give you a breakdown on what you need to get there. Read on to find out! 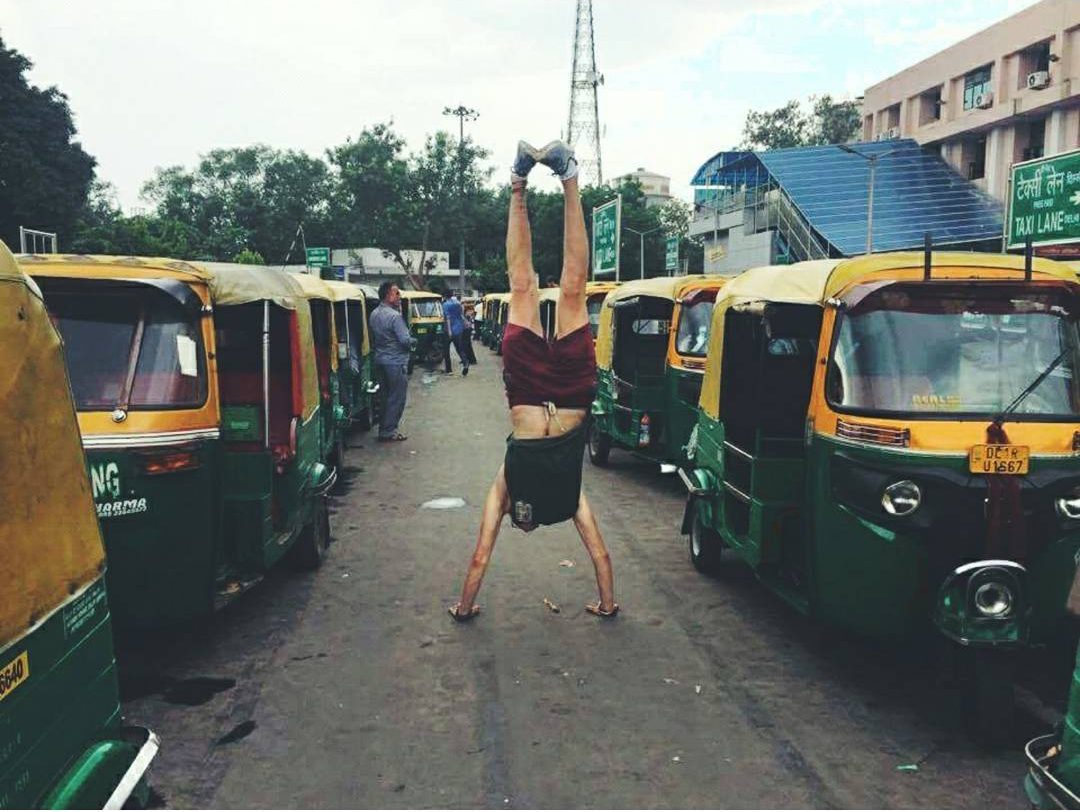 So this is usually the way to start the trip. First, you book a Volvo bus from Redbus.com and get on at Majnu ka Tila. The bus begins moving by 6 pm. It’s usually an 11 to 14 hour journey, depending on the driver. The bus stops for dinner at one of the road side restaurants, then starts up again post 1 am. The bus makes another stop around 4 am while going uphill for some tea and coffee. The bus will drop you off at Bhuntar bus station at about 7:30 am and it then goes on to Manali. 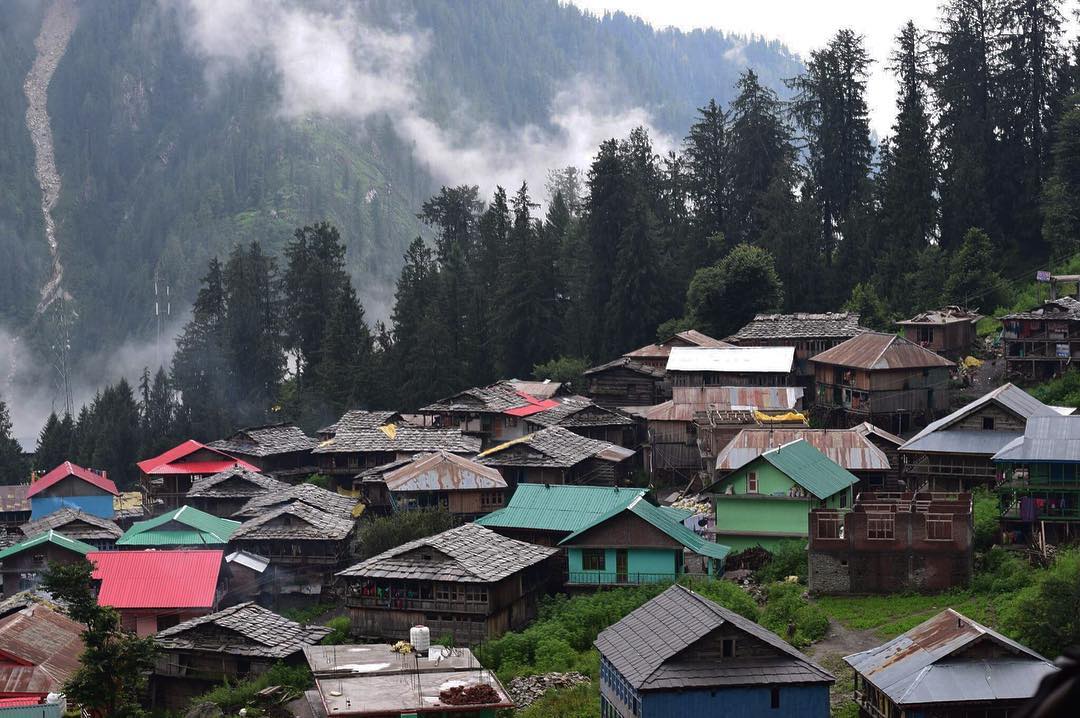 Your first stop is Malana as you can either take a local state bus that charges a nominal rate to “Jari” from where it’s a long walk to the village entrance or  you can take a hired taxi for 1600 rupees that will take you directly to the village entrance. The trek up to the village isn’t very tough but it can tire you out if you’re not fit. It’s humbling to see old grannies carrying heavy loads up the hills without breaking a sweat and easily walk past you with no fancy footwear. The journey is incredibly beautiful. Be careful that you never touch any of the villagers though. They consider themselves pure and clean and cannot mix with anyone outside the village. Also, be sure to never touch any of the holy shrines in the village as there is a heavy fine for the same and there are high chances of flared tempers!

There are many guest houses to stay at in Malana. I recommend either the Dragon Guest house, Chand View or Goonj. 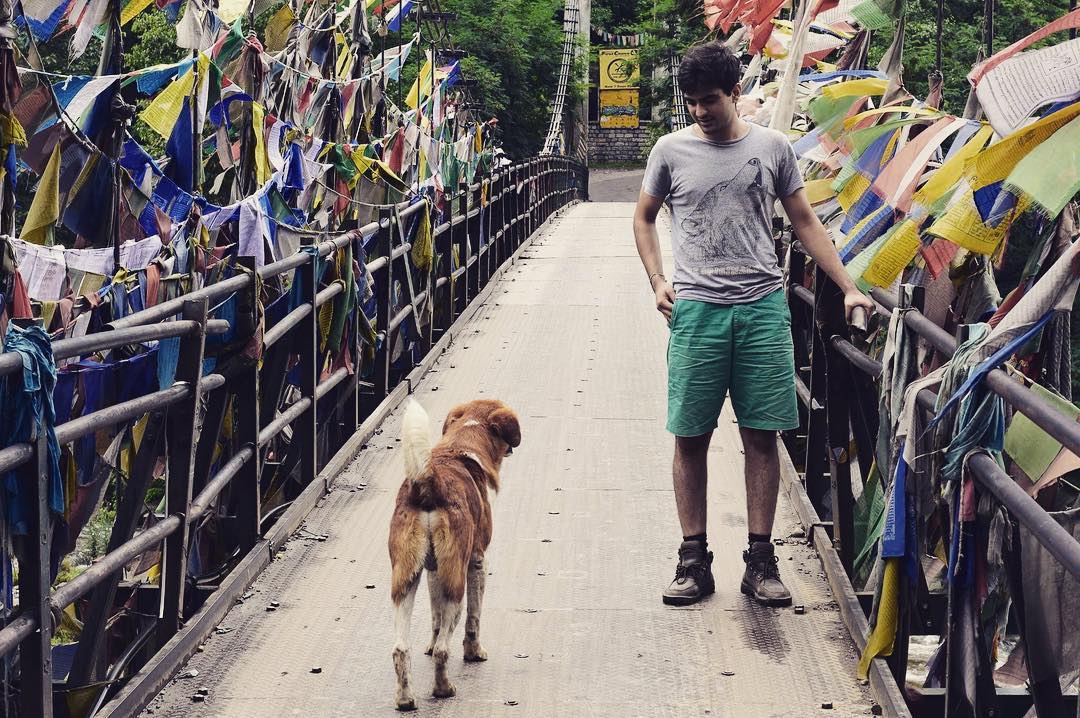 After spending a night and taking lots of romantic pictures, you should trek down and make your way to Kasol. The taxi usually takes about 900 rupees to Kasol or you can take a taxi to Jari for 300 rupees and take the bus from Jari to Kasol. Evergreen Café is amazingly chilled out and so is Moonshine Café with its attached German Bakery. There is a restaurant run by a Nepalese lady and her daughters opposite the Kasol taxi stand which serves amazing thupka and momos. Hosteller is a great hostel for you to crash in as well. Kasol is also very famous for its parties and music festivals.

Day 4: Kasol to Kutla via Tosh 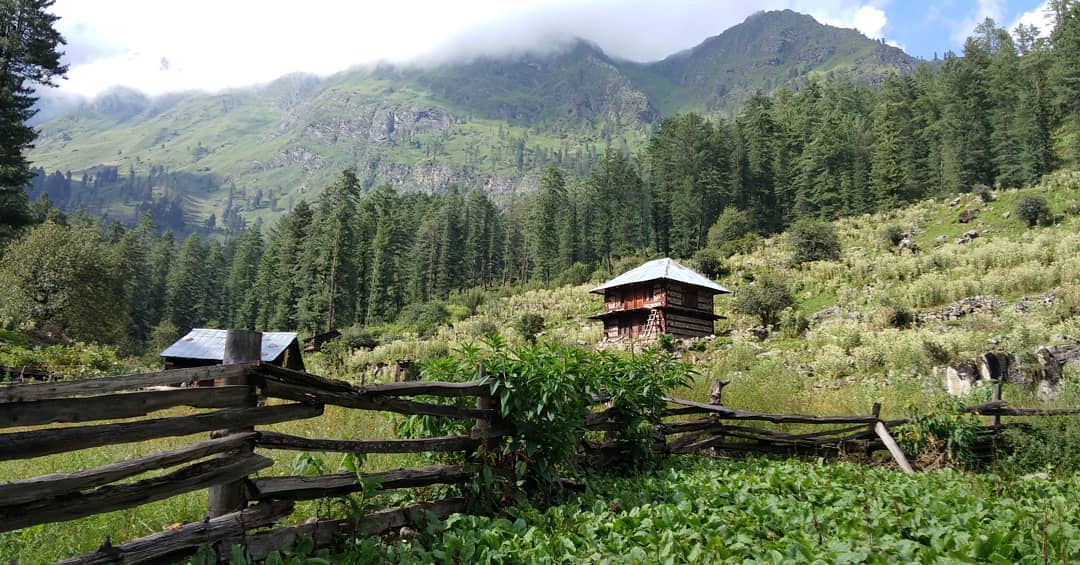 From Kasol, you need to take a bus or taxi to Bhershaini which is a fork point. We decided to go to Tosh first which is a about a 45 minute walk! Once you reach the Olive Garden Café , Kutla is an hour trek uphill which has a waterfall crossing as well. Once you get to Kutla, you will notice that its completely desolated, which is the case mostly throughout the whole year. It has two to three guest houses and two tent accommodations as well. I recommend the guest house which is right at the front. The kitchen usually has some blaring old school rock and roll and hip-hop as the cook has his laptop hooked up to his speakers. There is an icy cold stream that flows right next to the guest house which is nice for a quick dip. Two nights is good here if you like the peace and quiet! 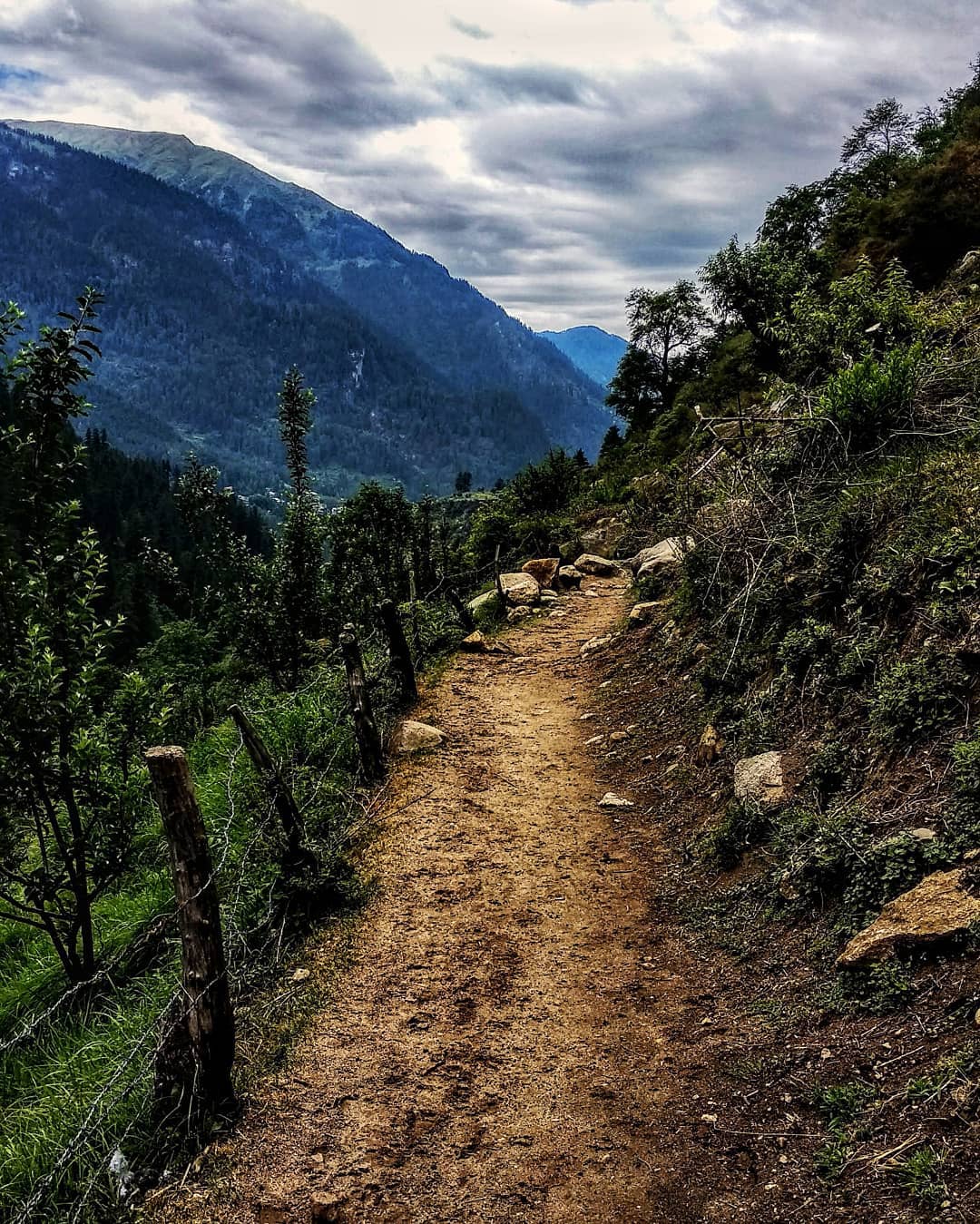 It takes a minimum of three to four hours of travel from Barshaini to Kheerganga, so start early because trekking in the heat isn’t fun and the tree cover acts as a green house, effectively trapping the heat. There are parts of this trek that have you tip-toeing along a sheer rock surface so I suggest proper footwear and keeping your wits about yourself! The trek is beautiful. Per night, its gonna cost you between 400-600 rupees.The hot water spring is the main attraction here. As the name suggests, the water coming out of the mountain is white with froth, legend says that Shiv himself struck the earth to create this hot water spring and there is a Shiv temple at its vicinity as well. The natural beauty and views at Kheerganga are jaw dropping ! Its almost like an infinity pool as you relax in the soothing hot sulphur rich water and gaze at the distant mountains with water falling off its tops and reducing to mist as they dissolve into the air creating beautiful rainbows. Kheerganga is an extremely mystical which makes it magical. Its also the venue for the annual Rainbow gathering.

The buses from Barshaini ply every 20-30 mins and there are many taxis that wait there as well. From Kasol there are many buses that go to Kullu which ply every 30-40 mins. Once you get off at Kullu bus station, you can pick up tickets for Spiti valley from the ticket office for 600 rupees and the bus will pick you up at 5:30 am from the Manali bus station. After that, you hop onto one of the many buses heading to Manali. Once you reach Manali, you could either stay at Manali for the night at or stay at Old Manali, which I prefer. Drifter Inn is a great place to stay and grab some breakfast but it’s a little pricey but completely worth it. Johnson’s Lodge is a great place to grab some pork chops with plum sauce. Sunshine Café has great food and plays some groovy tunes and get a drink at People Café. The Art Café is very nice as well and has a great display of local art. Check out Dylans for some great coffee if you’re a caffeine head! 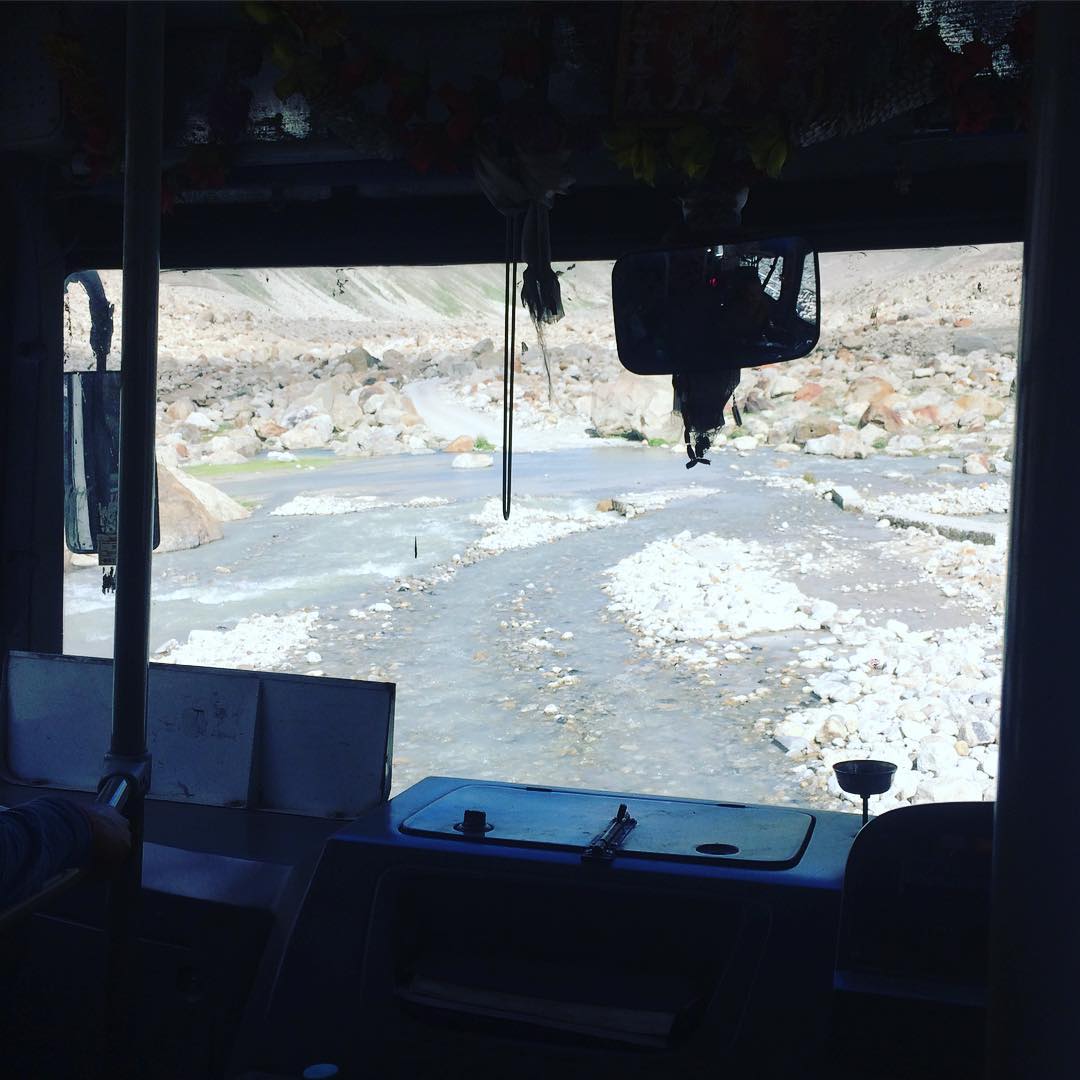 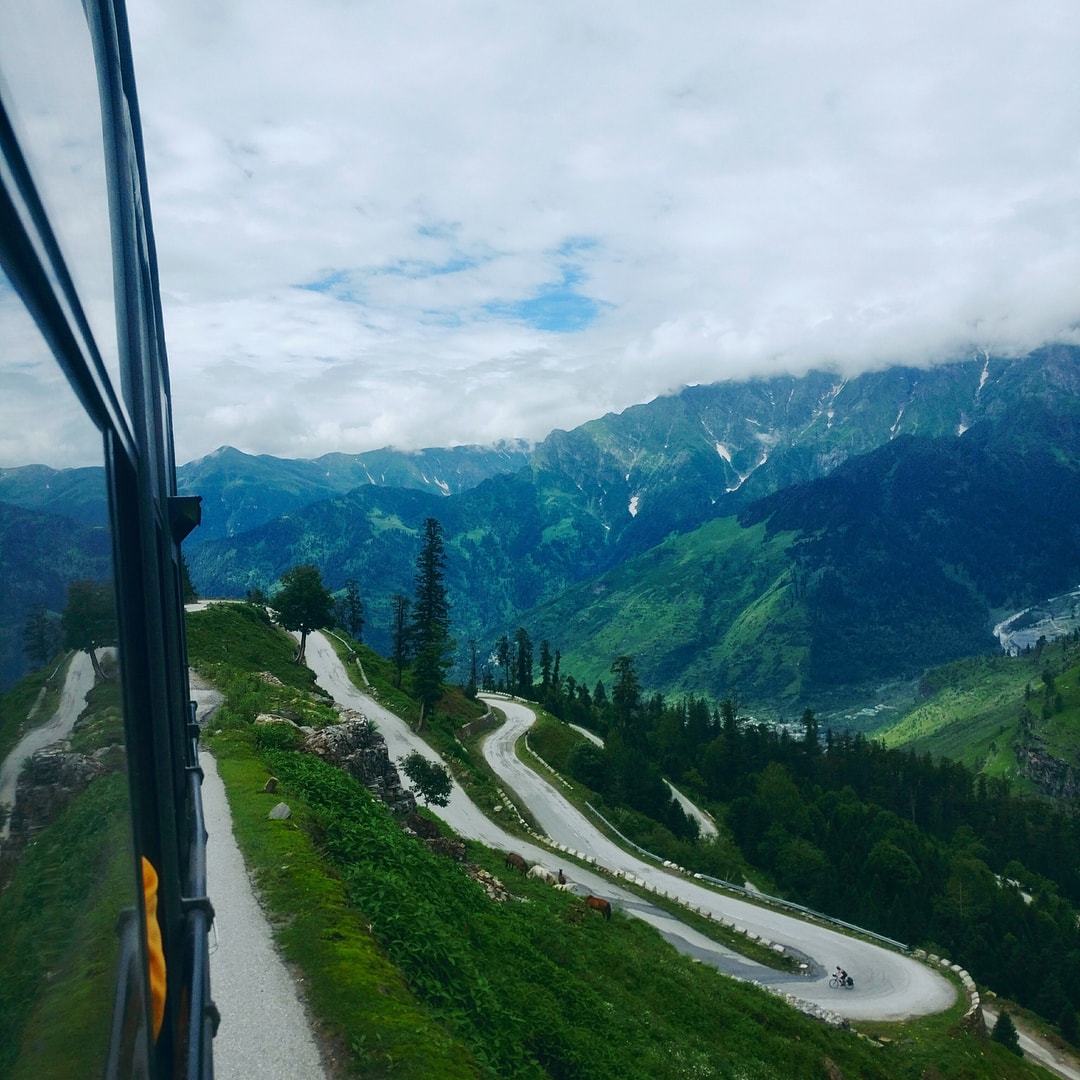 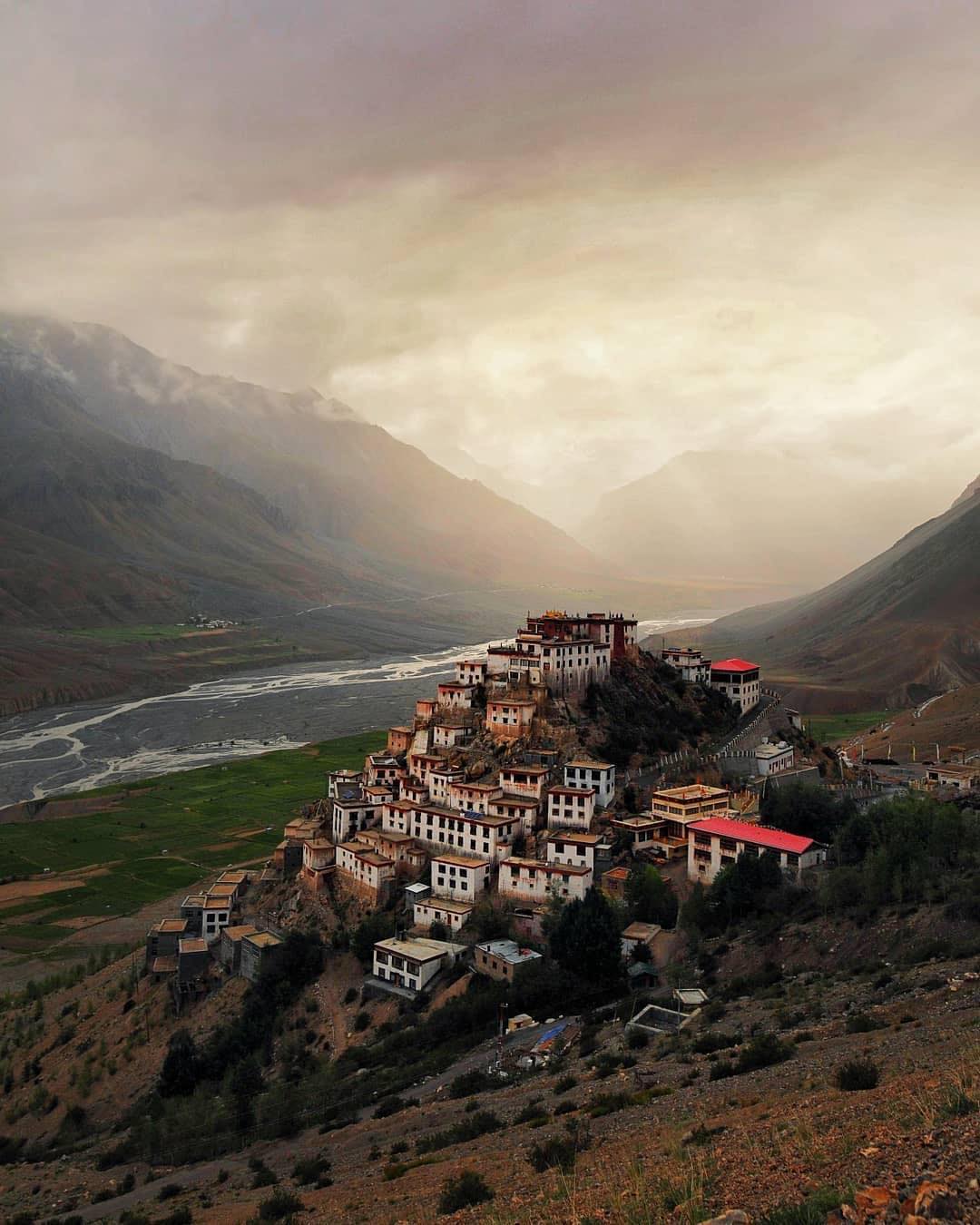 Wake up at 4 am and rush downhill as the chances of getting a taxi that early are quite low. The bus journey is usually 8 hours but always takes longer. The bus ride is absolutely magical and worth the wait! The journey to Rohtang pass is full of uphill bends and it’s a great view to see from opposing hills asthere are lots of snow caps and glaciers along the way. Lots of wild Yak, asses and horses  can be seen grazing in the empty fields. We also spotted a few shy red fox as it got darker. The Spiti river meanders through the valley like a mystical snake and the low oxygen levels definitely play tricks with your mind. Kaza is a sleepy town by the time the bus reaches there. The cheapest accommodation is 300 rupees a night and they will give you hot water, happily. 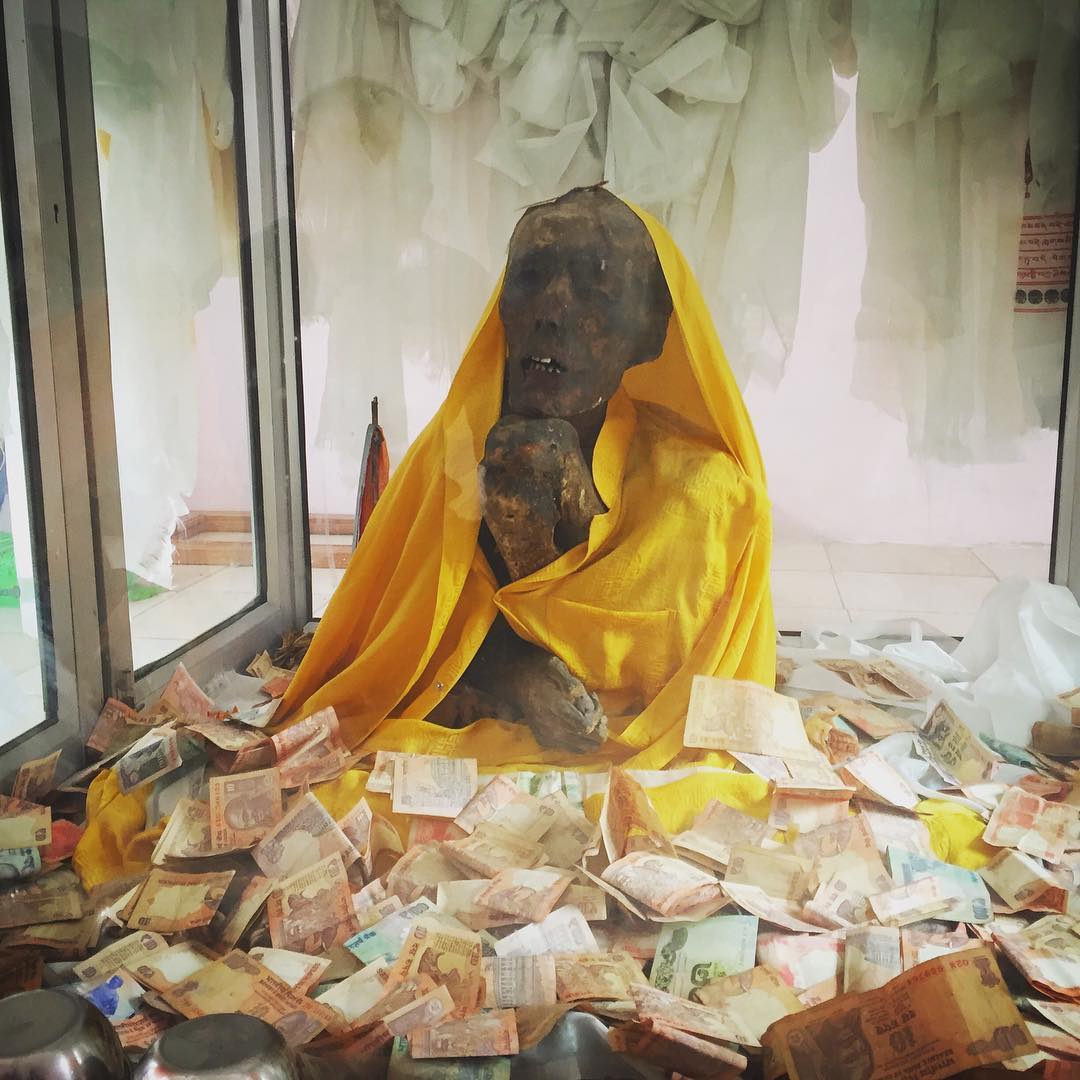 The bus that can drop you till the Gue Monastery bus stop leaves at 9 AM and there is only one bus that plies daily so make sure you get there on time. Gue Monastery is positioned behind the mountains that are the last mountains between India and China. The monastery houses a mummified lama monk. The monk apparently achieved nirvana and did not die so his body is still revered and treated with respect. The walk to the monastery is about 35 mins, and there are a few farms along the way that have found a way to irrigate their lands in ingenious methods. You can spot some Himalayan Ibex along the way if you’re lucky as well. Do not miss trying out the green pea that grows locally as they are as sweet as berries!

For the way back to Kaza, you could get a taxi till Tabo and from try to hitch hike to Kaza like we did behind a bunch of bikers that had started their journey from Mangalore. The views while on a bike are mesmerising. 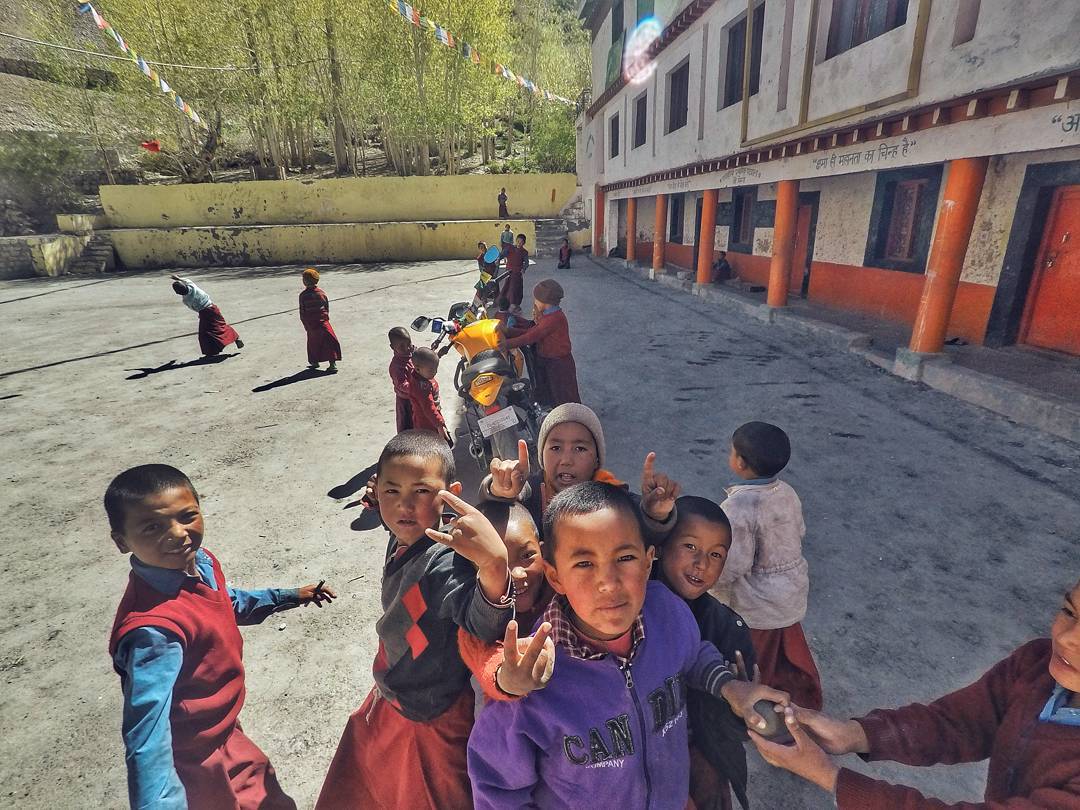 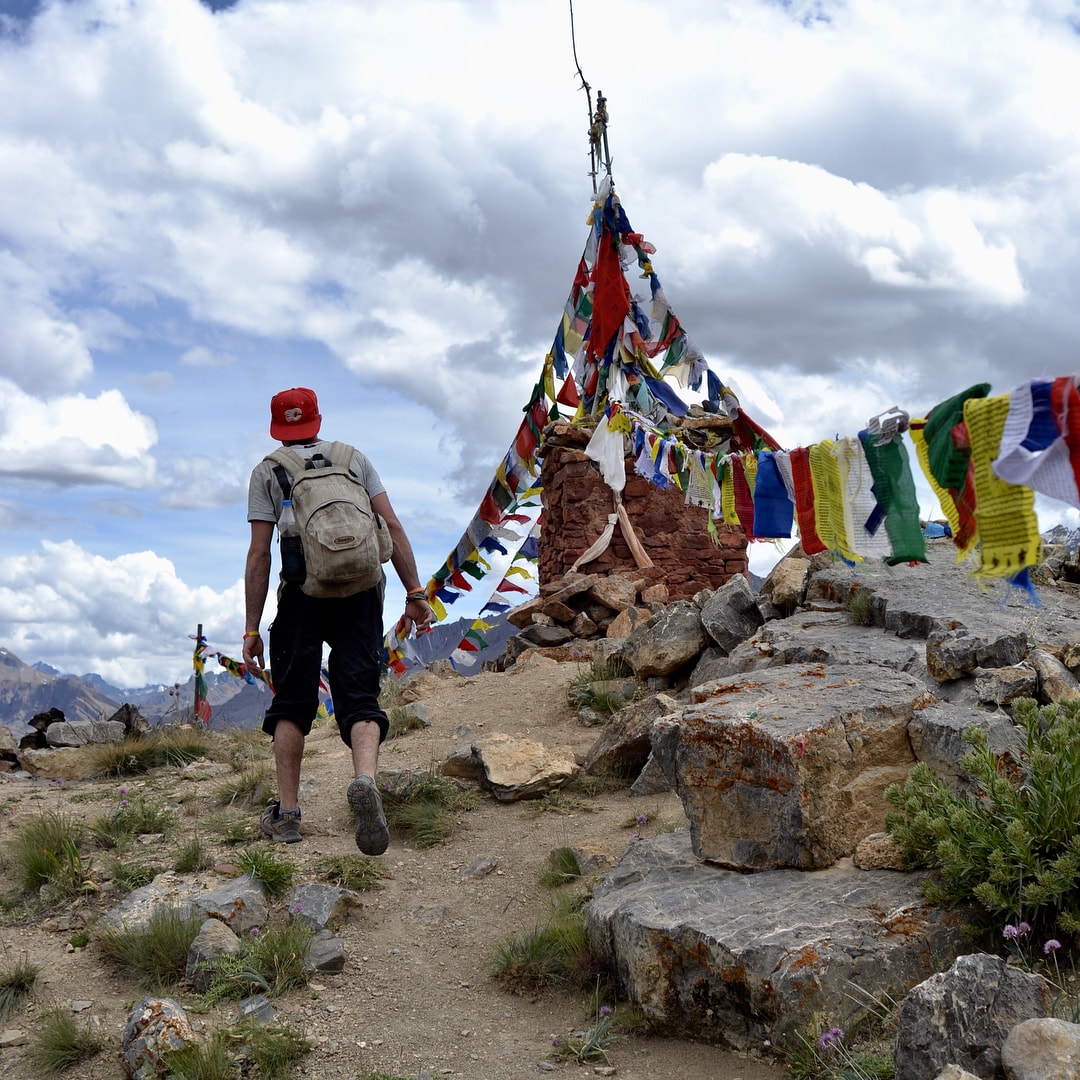 The daily bus leaves at 5 pm for the Key Monastery and the local taxi charges 300 rupees to take you there and back. It takes about 30 mins to get there. The Monastery is a monk school and also provides accommodation to travellers at 200 rupees a night and offers some yummy food. We checked in for a night. The monastery seems to hang off the edge of the mountain. We saw some young lamas playing football and practising a dance for their upcoming annual festival, the high priest monk gives a tour of the main prayer room which is awesome.We sipped butter tea and gazed at the stars above us. The food is delicious and guests eat the same as the lamas, which is a special experience in itself.