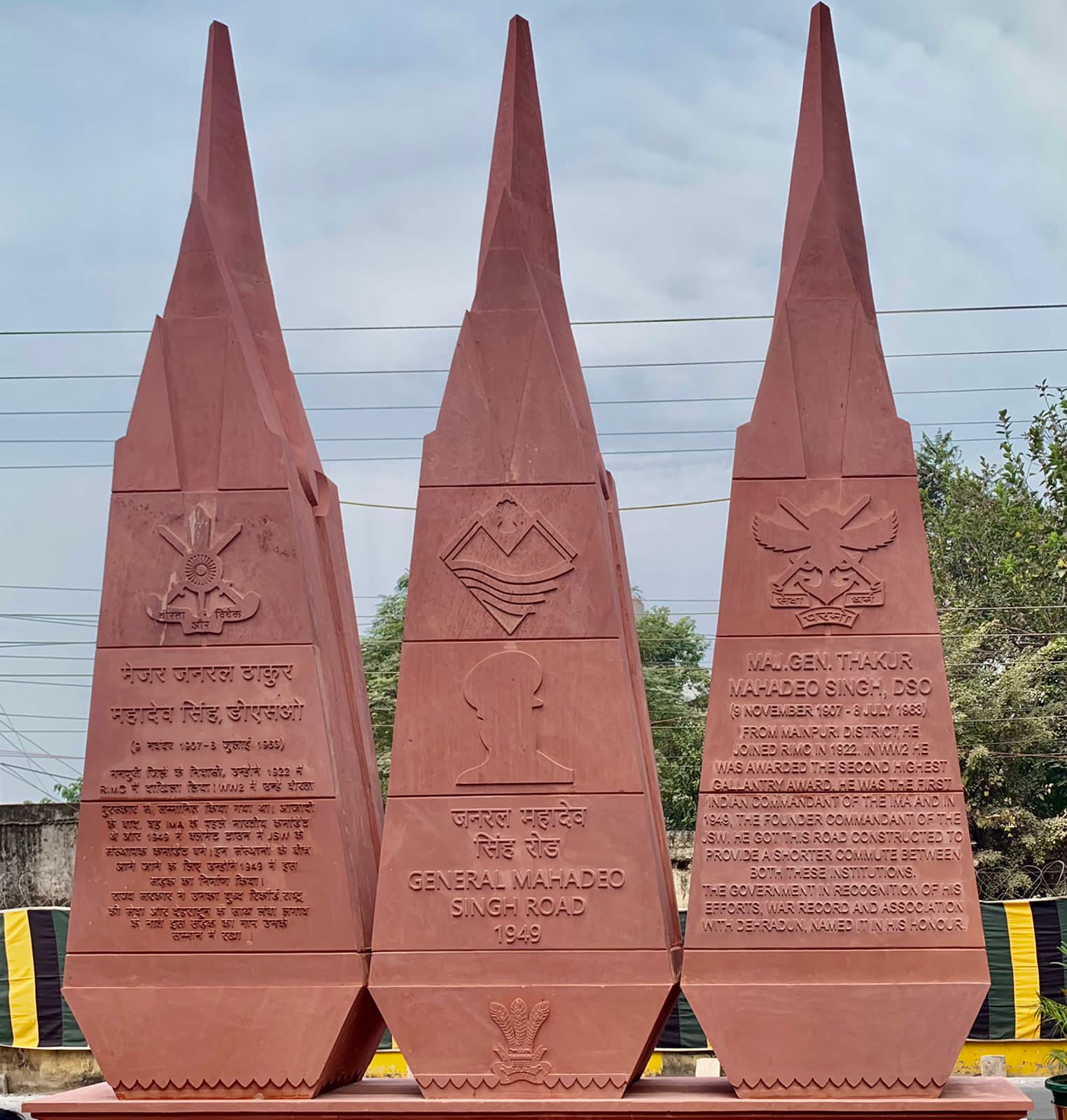 On Late Major General Singh’s 115th birth anniversary, his family inaugurated the memorial where the Governor said that Uttarakhand is the land of the brave, who will always be held in high regard and  this memorial would be a constant  reminder to  everyone of the work done by our service men and officers.

Late Major General Thakur Mahadeo Singh was one of the first Indians to command a Battalion during the second World War and was awarded the Distinguished Service Order (DSO) for gallantry in Italy. 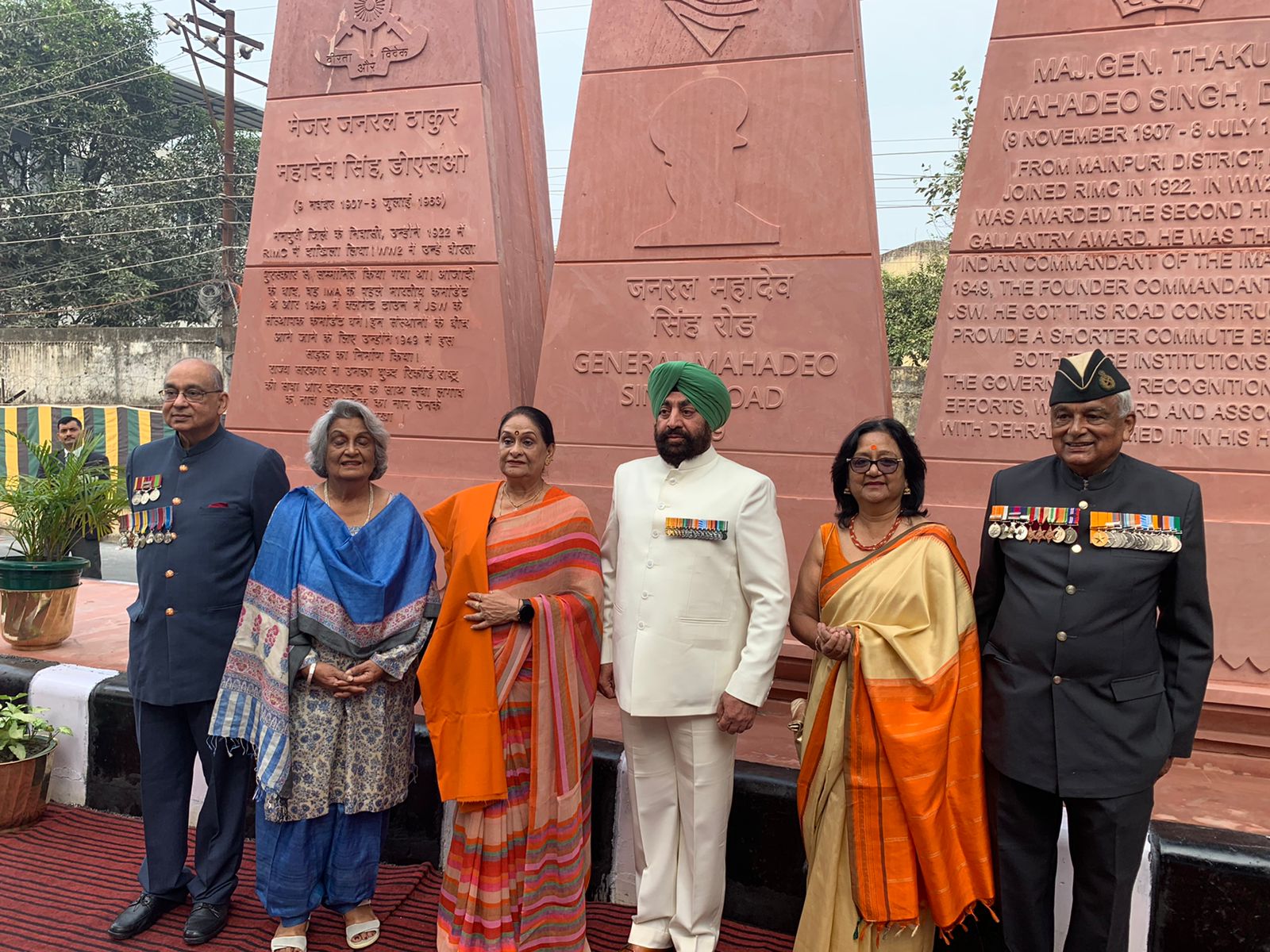 He was posted as the Chief Instructor, Indian Military Academy (IMA) in Dehradun . He was also a  part of the team which set up the Joint Services Wing (JSW) at Clement Town and was  appointed as its founder Commandant in 1949.

Major General Thakur Mahadeo Singh, who held the dual charge of both the IMA and JSW, was the one who identified that Dehradun could be bypassed if a road was constructed along the canal from Ballupur to the Saharanpur Road.  He pursued this case vigourously with the Government and had the road constructed. This resulted in a road that gained immense importance over the years and is now a main thoroughfare and a part of the national highway network.

The State Government of Uttarakhand recognised Late Major General’s long association with Dehradun and decided to name the road after him in his honour. 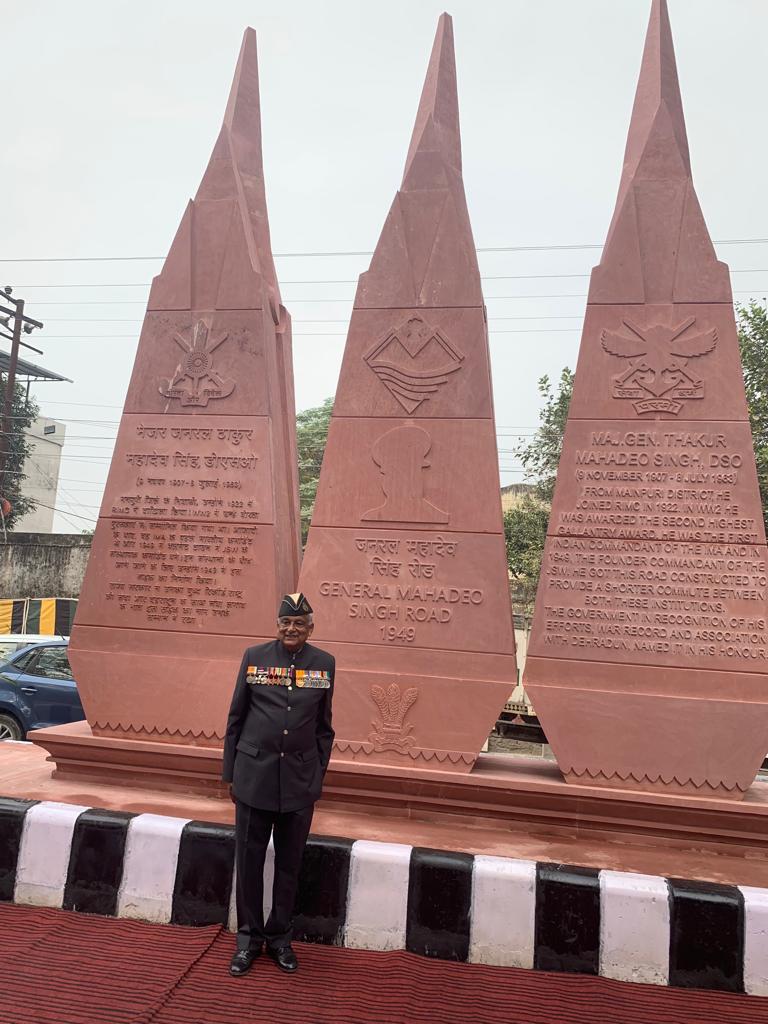 As very few people were aware of his background, it was decided by the late Generals family to construct a monument with the details carved in Hindi and English which is now named as the ‘Tri-Stambh’. We highly recommend you take a look at this when you decide to visit Dehradun ….