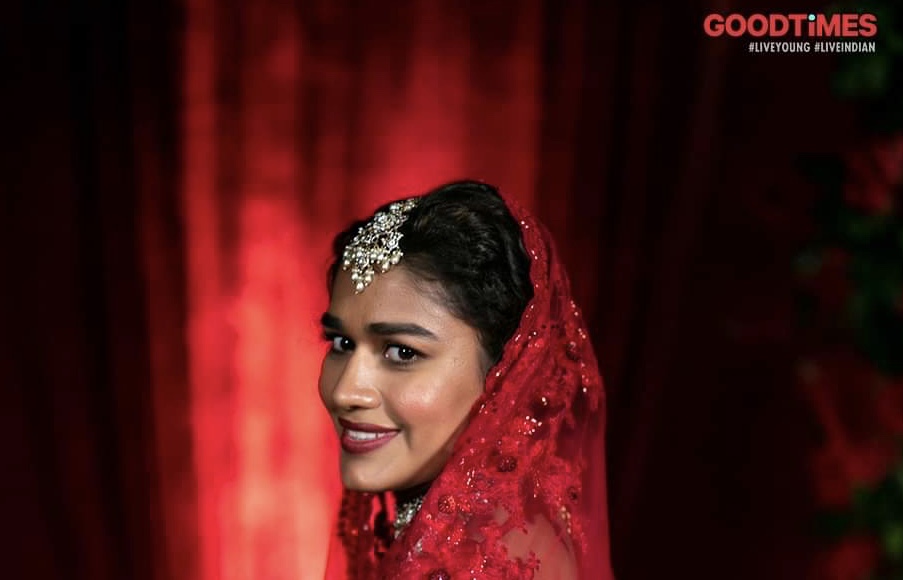 The girl immortalised in Aamir Khan’s ‘Dangal’, Babita Phogat is the living embodiment of a woman in a man’s world, effortlessly beating them at their own sport.

When Babita Phogat became only the fourth female wrestler in the country to qualify for Olympics, her name was etched in the history books forever. The Phogat sisters — Geeta, Babita Kumari, Priyanka, Vinesh, Sangita — have represented India in premier events like the Olympics, Commonwealth Games, World Championships, Asian Championships and won the top prize in most events.

@babitaphogatofficial is the living embodiment of a woman in a man’s world, effortlessly beating them at their own sport. And when she told the papers that she wanted to be a Sabyasachi Bride, guess who was listening! This girl from Balali, now the pride of our nation, turned into the most elegant and gorgeous bride; celebrating her femininity with full fervour as she got married. Band Baajaa Bride Season 9 with Sabyasachi is proud to present many such stories of strength and grit from the real brides of India. Tune into #GoodTimes TV channel (Tata Sky- 762 & Airtel Digital TV- 410) tonight at 8 PM to watch India's woman wrestling champion get her magical makeover on #BandBaajaaBride. . . . . . @sabyasachiofficial  @ambikaanand #Sabyasachi #SabyasachiJewelry #TheRoyalBengalMangalsutra #TheWorldOfSabyasachi #Sabyasachi #SabyasachiBride #BridesOfSabyasachi @bridesofsabyasachi#SabyasachiJewelry @sabyasachijewelry #BandBaajaaBrideSeason9 #BandBaajaaBride #BBB #BBBS9 @face.entt #FaceEntertainment #MoniaPinto #TheWorldOfSabyasachi #Dangal @_aamirkhan @suhagvivek @geetaphogat @rituphogat48 @sangeetaphogat57 @phogatmahavir

The girl who is the ‘bad guy’ when in a ring, is a girl with a soft heart. Her dream goes beyond wrestling medals, as she finds something in common with Priyanka Chopra. Remember the sindoori red Sabyasachi lehenga that the actor had custom-made for her wedding? “Meri ichcha thi ki main woh wala lehenga pehnu”, it’s Sabyasachi Mukherjee’s rootedness in the culture of his home state that brings every Indian bride to him.

The rawness of a sports star merges with the elegance of a bride as we see Indian wrestling champion Babita Phogat become a Sabyasachi bride.

While Chopra completed her wedding look with a multi-layered necklace encrusted with a generous dripping of diamonds, Babita Phogat opted for a gulband neckpiece that’s an offshoot of the classic choker embedded with polkis.

How To Make Sense Of All The News Around You